The Secrets Behind Disney University’s Success 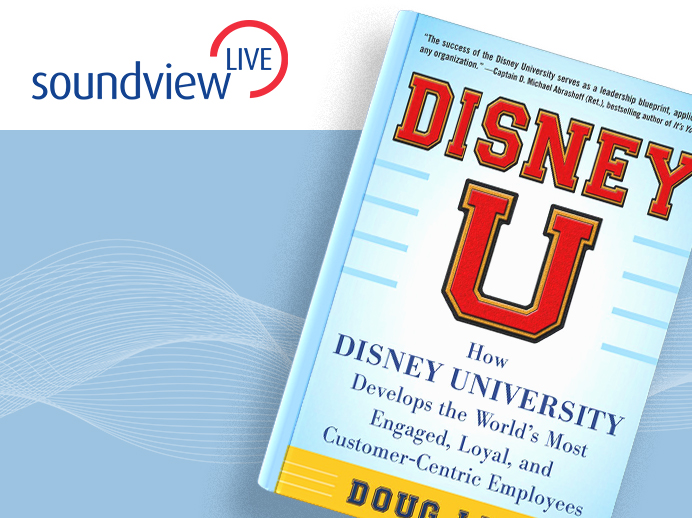 In helping Walt Disney create "The Happiest Place on Earth," Van France and his team started a business revolution in 1955 that eventually became the Disney University — the employee training and development program that powers one of the most famous brands on earth.

In this Soundview Live webinar, The Secrets Behind Disney University’s Success, Doug Lipp, author of Disney U, examines how Van France’s timeless company values and leadership expertise have turned into a training and development dynasty: the Disney University. He reveals the heart of the Disney Culture and describes the company’s values and operational philosophies that support the world-famous Disney brand.

Doug Lipp
Back to all webinars