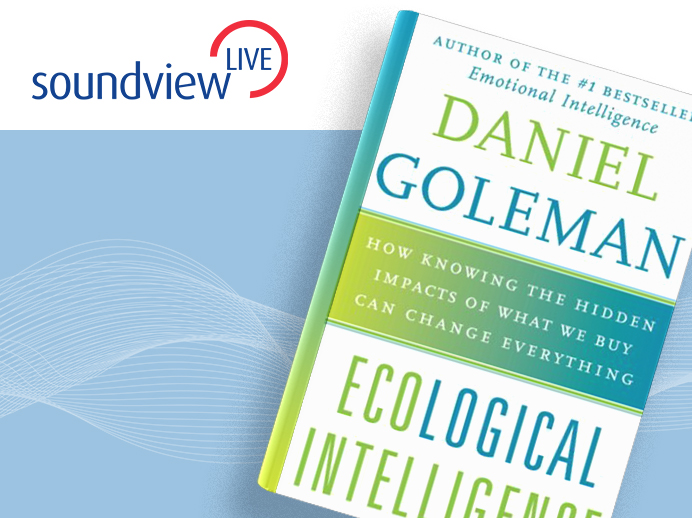 In this Soundview Live webinar, Daniel Goleman presents the case for why companies need to be aware of the ecological impact of their products and services in order to compete in the marketplace of the future.

What Goleman calls "radical transparency" will enable consumers to make smarter purchasing decisions, and will drive companies to rethink and reform their businesses, ushering in, he claims, a new age of competitive advantage.

The MP3 recording and slides from this event as well as a book summary for Ecological Intelligence will be available to listen to or download from your Online Library immediately after check-out.

For many years he reported on the brain and behavioral sciences for the New York Times and has also been a visiting faculty member at Harvard University.

Goleman has received many journalistic awards for his writing, including two nominations for the Pulitzer Prize for his articles in the Times, and a Career Achievement award from the American Psychological Association. In recognition of this efforts to communicate the behavioral sciences to the public, he was elected a Fellow of the American Association for the Advancement of Science.