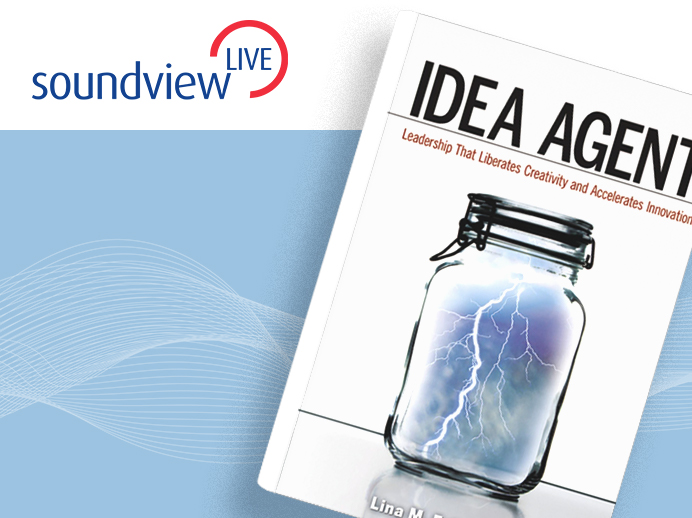 In this Soundview Live webinar, Leadership That Liberates Creativity, Lina M. Echeverría draws upon her considerable experience at Corning Inc. to show you how to become an idea agent — a catalyst for releasing your people’s creativity.

Containing practical methods for pulling strong-minded, visionary individuals together to solve incredibly complex problems, this webinar reveals seven proven principles to help you nurture — and follow through on — innovation.

Lina Echeverria spent twenty-five years inspiring creativity and accelerating innovation at Corning Incorporated, one of America’s leading technology companies. She has done the hardest and most urgent kind of job in the world of business—managing creative researchers and scientists to find and develop new technologies and new products that help consumers, while driving the business of one of the world’s most renowned Fortune 500 technology companies.

During her career, she managed teams and led organizations both in Corning, NY, and in Fontainebleau, France. Echeverria began challenging convention early, as a student in her native Colombia. She was the first woman to seek admission to and graduate with a degree in engineering geology from the Universidad Nacional de Colombia at Medellin, opening the door to a new field for a generation of women in a school considered the most rigorous in the country in the area of engineering. She went on to earn a PhD in geology at Stanford, and then on as a postdoctoral fellow at the Carnegie Institution and a researcher at the Max Planck Institüt in Germany, conducting field research on the island of Gorgona, site of Colombia’s highest security prison.

How to Turn Customers from Detractors into Advocates

Release the Power of Your Organization’s Values

How Smart Leaders Guide Their Teams to Exceptional Results

Select a shelf to add "Leadership That Liberates Creativity"