Rosabeth Moss Kanter is an internationally known business leader, bestselling author, and expert on strategy, innovation and leadership for change. She holds an endowed chair as the Ernest L. Arbuckle Professor of Business Administration at Harvard Business School. She advises major corporations and governments worldwide, as well as a range of smaller business and community organizations. Confidence is her 16th book. Her award-winning bestsellers include Men & Women of the Corporation, The Change Masters, When Giants Learn to Dance, and World Class: Thriving Locally in the Global Economy. In 2001, she received the Academy of Management’s Distinguished Career Award, its highest award for scholarly contributions, for her impact on management thought. In 2002, she received the World Teleport Association’s Intelligent Community Visionary of the Year Award.

Kanter has received 21 honorary doctoral degrees and more than a dozen leadership awards. She has also been named to lists of the “50 most influential business thinkers in the world” (ranked in the top 10), the “100 most important women in America,” and the “50 most powerful women in the world.” 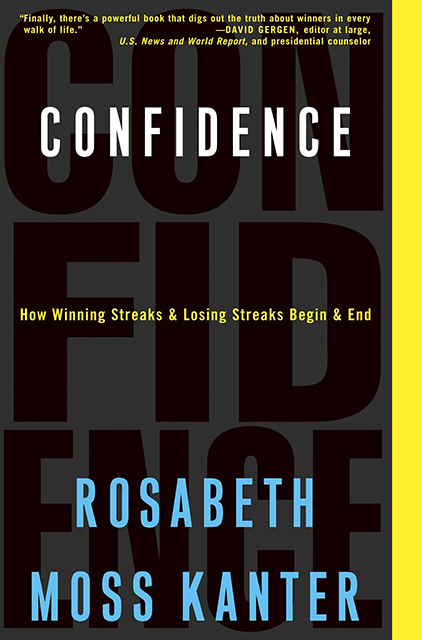