David Butler first joined Coca-Cola to revolutionize the company’s approach to design—not just how things look, but a holistic, systems-based approach to create growth across the business. It’s the subject of his new book, Design to Grow. In his talks, Butler reveals the secrets of Coke’s ongoing success and how his new startup-focused venture platform is poised to change the way large organizations innovate.

In his role as Vice President, Innovation and Entrepreneurship at The Coca-Cola Company, Butler leads a new venturing platform—Coca-Cola Founders—designed to create seed-stage startups by opening up Coca-Cola’s assets to a global network of rock-star founders. He joined Coca-Cola in 2004 as the Company’s first VP, Global Design. He established a cross-functional, systems-based approach to design across more than 200 countries. Prior to Coca-Cola, David founded Process1234.com; consulted Gucci, United, and Caterpillar; taught systems theory; and designed large-scale systems for UPS, Delta, CNN, and the 1996 Olympic Games. 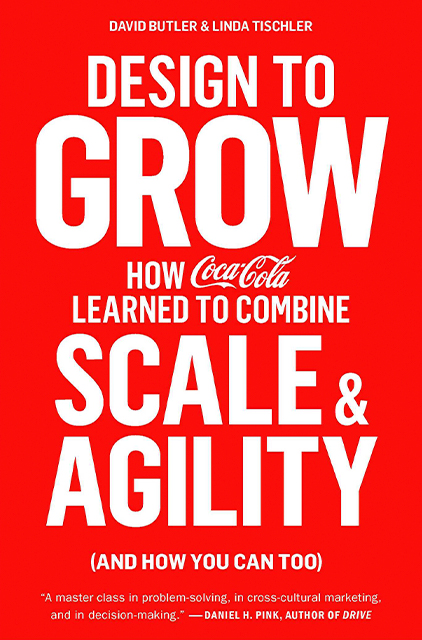