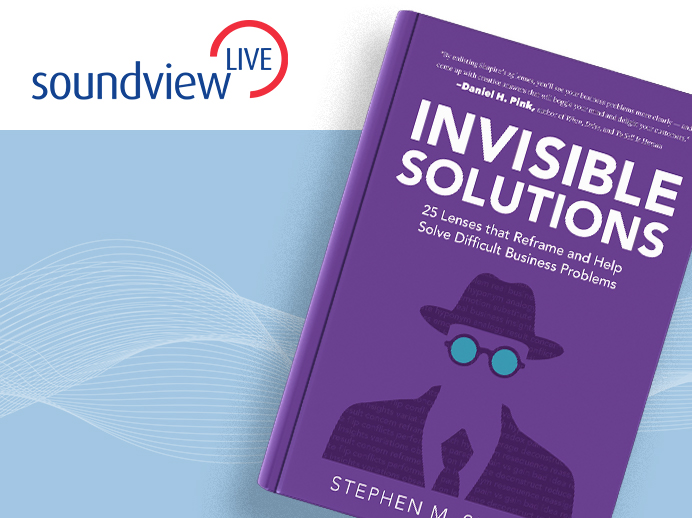 In this Soundview Live webinar, innovation expert and author of Invisible Solutions, Stephen Shapiro shares his methods on how to solve any problem faster, with less risk and lower cost.

To find better solutions, you need to first ask better questions. The questions you ask determine which solutions you’ll see and which will remain hidden.

Stephen Shapiro is one of the foremost authorities on innovation culture, collaboration, and open innovation. During the past twenty years, his message to hundreds of thousands of people in over 40 countries around the world has focused on how to enable innovation by bringing together divergent points of view in an efficient manner.

Over the years, Stephen Shapiro has shared his innovative philosophy in books such as 24/7 Innovation, The Little Book of BIG Innovation Ideas and Goal-Free Living. He led a 20,000 person process and innovation practice during his 15 year tenure with Accenture. And his Personality Poker® system has been used by more than 50,000 people around the world to create high-performing innovation teams.

Why Best Practices Are Stupid

Rebooting Business and the World