Subir Chowdhury is Chairman and CEO of ASI Consulting Group, LLC— the world leader on Six Sigma and Quality Leadership implementation, and consulting and training.  A respected Quality strategist, Chowdhury’s clients include global Fortune 100 companies as well as small organizations in both the public and private sectors.  Hailed by The New York Times as a ‘leading quality expert,” and by Business Week as “The Quality Prophet”, Chowdhury is the author of 12 books, including international bestseller The Power of Six Sigma, which has been translated in more than 20 languages and has sold more than a million copies worldwide.  Chowdhury’s Design for Six Sigma (DFSS) is the first book on the topic and is credited with popularizing DFSS philosophy in the world. Translated into more than ten languages, his Management 21Cwas selected as the ‘Best Business Book of 1999’ by Amazon.com in the U.K.  His latest book titled The Ice Cream Maker garnered praise from leaders and prestigious media like The Washington Post, The Detroit Newsand has been distributed to every honorable Member of the U.S. Congress (Senators and House of Representatives).

Chowdhury received an undergraduate degree from the Indian Institute of Technology (IIT), Kharagpur, India, a graduate degree from Central Michigan University (CMU), and an honorary doctorate in engineering from the Michigan Technological University (MTU).  In its golden anniversary, IIT featured Chowdhury as one of its top 15 eminent alumni.  Both IIT and CMU awarded him with Distinguished Alumnus Award. Most engineering schools and business schools throughout the world include his engineering and management books in undergraduate and graduate programs.  Chowdhury is a noted speaker and lecturer frequently cited in the national and international media. London School of Economics (LSE) has established ‘Subir Chowdhury Fellowship on Quality and Economics’ to be given to a post-doctoral Fellow each year to study the impact of poor quality in the advancement of economics of a nation, which is first of its kind in the world.

Chowdhury’s philanthropic interest is evidenced through The Subir & Malini Chowdhury foundation that was established in 2006 to bring about awareness of families and children in the United States and around the world who need support and help, it strives to improve life of the ‘poorest of the poor’ and provide education to children.  Chowdhury is deeply passionate for every child to have a chance to realize the morals and values of a better life and a means to allow them to make their own contribution in improving our communities.  The foundation understands a child’s education and opportunities are the key factors of influence that determine the developing leaders of the future – today. 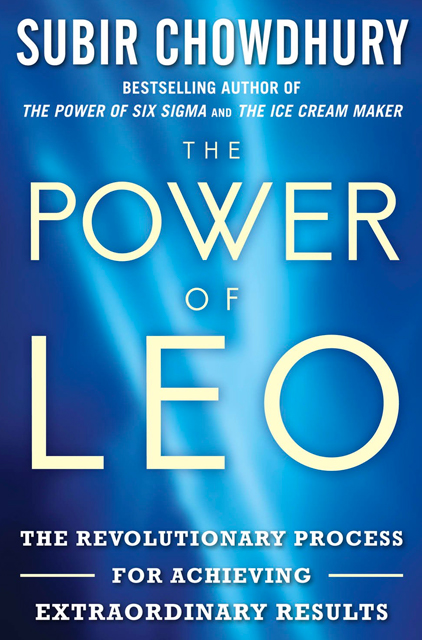 The Power of LEO Subir Chowdhury