Steven B. Sample became the tenth president of the University of Southern California in March 1991. Sample is an electrical engineer,
a musician, an outdoorsman, a professor, and an inventor. In 1998 he was elected to the National Academy of Engineering for his contributions to consumer electronics
and leadership in interdisciplinary research and education. He regularly teaches undergraduate courses at USC while serving as president.

Under Sample’s leadership, USC has become world-renowned in the fields of communication and mulimedia technologies, has received national recognition for its innovative community
partnerships, and has solidified its status as one of the nation’s leading research universities. The unique character of USC’s undergraduate programs has been widely acclaimed in recent years.

Sample is the author of numerous journal articles and published papers in science and engineering and higher education. His patents in the field of digital appliance controls have been licensed to practically every major manufacturer of microwave ovens in the world; over 200 million home appliances have been built using his inventions.
Sample came to USC from the State University of New York at Buffalo. During his tenure there SUNY-Buffalo became the first public university in New York or New England to be elected to membership in the prestigious Association of American Universities. 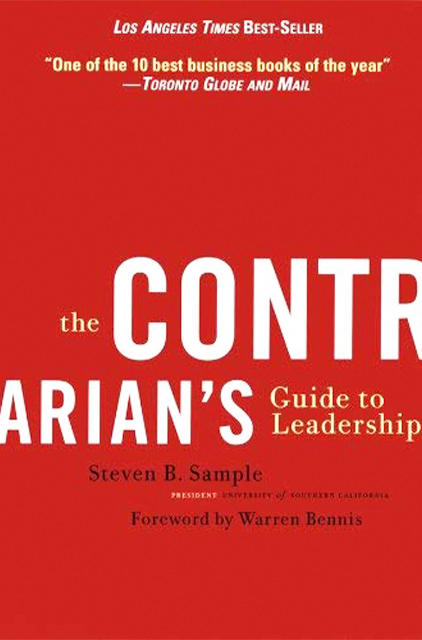 The Contrarian’s Guide to Leadership Steven B. Sample