Peter F. Drucker was a writer, teacher, and consultant specializing in strategy and policy for businesses and social sector organizations. He has consulted with many of the world’s largest corporations as well as with nonprofit organizations, small and entrepreneurial companies, and with agencies of the U.S. government. He has also worked with free-world governments such as those of Canada, Japan, and Mexico. He was the author of thirty-one books which have been translated into more than twenty languages. Thirteen books deal with society, economics, and politics; fifteen deal with management. Two of his books are novels, one is autobiographical, and he is a co-author of a book on Japanese painting. He has made four series of educational films based on his management books. He has been an editorial columnist for the Wall Street Journal and a frequent contributor to the Harvard Business Review and other periodicals.

Peter Drucker has been hailed in the United States and abroad as the seminal thinker, writer, and lecturer on the contemporary organization. In 1997, he was featured on the cover of Forbes magazine under the headline, "Still the Youngest Mind," and BusinessWeek has called him "the most enduring management thinker of our time." 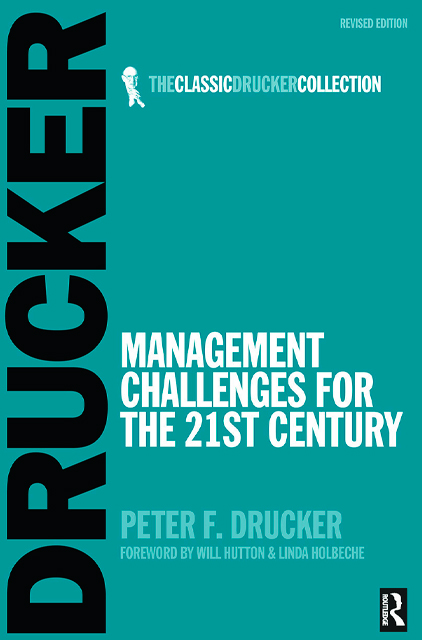