Alexis Gutzman has been in IT since 1986 and has been developing Web technologies since 1993,
when she was the director of the Multimedia Resource Center at the University of Virginia. She put up her first commercial web
site in 1997, and since then has worked for a number of dot-coms— both prominent and obscure— mostly as a consultant.
The author of ColdFusion® 4 For Dummies®, Front Page 2000 Answers!, and HTML 4 Bible, Gutzman currently is a columnist for Internet.com
and Office.com. She writes the weekly “Ecommerce Tech Advisor” and “eBusiness Illuminator” columns, where she deals routinely and in-depth
with the topics of wireless technology and e-commerce strategy, payment methods, security, marketing, research, and trends.
Widely cross-posted by Internet .com and widely cross-linked by other sites, her columns are read by close to 100,000 readers
on the Internet.com and Office.com sites, and by countless others on the other sites where they’re distributed.

Based on the insightful analysis of her columns, Gutzman receives frequent requests for information and opinion from
major media outlets in their coverage of e-commerce, as well as regular inquiries from directors, vice presidents,
and CEOs of major corporations, dot-coms, and consulting firms. She is also a frequent speaker internationally
on e-business and e-commerce topics.

Gutzman holds a bachelor’s degree from Northwestern University and a master’s degree from the Lyndon B. Johnson School of Public
Affairs at the University of Texas. She writes from Bethel, Connecticut, where she lives with her husband and their three children. 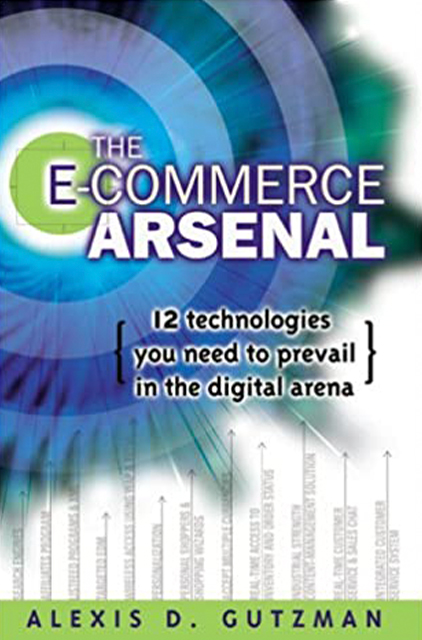