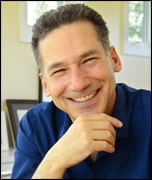 William Ury, co-founder of Harvard’s Program on Negotiation, is one of the world’s leading experts on negotiation and mediation. He is currently a Distinguished Senior Fellow at the Harvard Negotiation Project.

For the past thirty-five years, William has served as a negotiation adviser and mediator in conflicts ranging from Kentucky wildcat coal mine strikes to ethnic wars in the Middle East, the Balkans, and the former Soviet Union. He has taught negotiation and mediation to tens of thousands of corporate executives, labor leaders, diplomats, and military officers around the world. He has helped hundreds of businesses and organizations reach mutually profitable agreements with customers, suppliers, unions, and joint-venture partners.