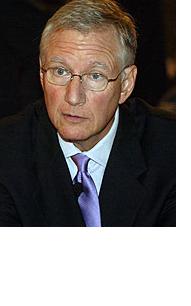 Without much doubt, Peter Drucker and Tom Peters have shaped the idea of modern management more than any others over the last six decades. Drucker is said to have "invented" management as a discipline worthy of study—in particular, he gave management of large firms the essential tools to deal with their post-World War II enormity, complexity, and growing global reach. Tom Peters, in turn, led the way in preparing management for the current era of staggering change, starting in the mid-1970s.

The likes of Fortune, the Economist, the New Yorker and the Los Angeles Times have said Tom is the "uber-guru" of management and inventor of the enormous "management guru industry," that "in no small part, what American corporations have become is what Peters has encouraged them to be," that Tom is "the father of the post-modern corporation," and that "we live in a Tom Peters world."

In particular, in 1982, with the publication of In Search of Excellence, Tom and Bob Waterman helped American firms deal with a crushing competitive challenge to their primacy by getting them away from strategies based on just the numbers, and re-focused on the basic drivers of all successful businesses throughout time: people, customers, values-"culture" ("the way we do things around here"), action-execution, a perpetual self-renewing entrepreneurial spirit.