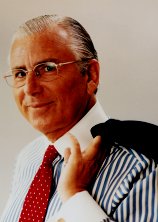 Meet Nido Qubein who is chairman of an international consulting firm and recipient of the highest awards given for professional speakers including the Cavett (known as the Oscar of professional speaking), the Speakers Hall of Fame, Horatio Alger Award for Distinguished Americans and The Order of the Long Leaf Pine (North Carolina’s highest civilian honor) and Sales and Marketing International’s Ambassador of Free Enterprise. Toastmasters International named him the Top Business and Commerce Speaker and awarded him the Golden Gavel Medal. He served as president of the National Speakers Association which has a membership of 4,000 professionals and is the founder of the National Speakers Association Foundation where the highest award for Philanthropy is named for him. Nido Qubein has been the recipient of many honors including the Ellis Island Medal of Honor, a Doctorate of Laws degree, and induction into Beta Gamma Sigma, the honor society for business leadership.

Nido Qubein’s business savvy led him to help start a bank in 1986 and today he serves on the board and executive committee of a Fortune 500 financial corporation with 155 billion-dollars in assets. He is also chairman of Great Harvest Bread Company with 218 stores in 42 states. He serves on the boards of several national organizations including the La-Z-Boy Corporation, one of the world’s largest and most recognized furniture retailers.