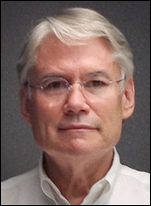 Lenny Lind is founder and chairman of Covision and a senior consultant. Lind has been involved with organizational communications—media and processes—particularly in large meetings, since 1975. In 1985, he cofounded Covision as a video production company, specializing in videos with organization development purposes and designed to make people think. These videos were often shown at large meetings.

In 1991 Lind discovered early attempts at software for facilitating better meetings. Soon after, Lind partnered with Jim Ewing of Executive Arts and began developing software that enabled real whole group dialogue and understanding in meetings. Within a year, Covision shifted out of video production altogether and into supporting interactive meetings.