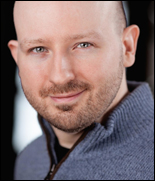 Brian J. Robertson created Holacracy and founded HolacracyOne, the organization that is training people and companies all over the world in this new system. Robertson had previously launched a successful software company, where he first introduced the principles that would become Holacracy, making him not just a management theorist, but someone who has successfully implemented a holacracy-powered organization. He lives in Philadelphia.