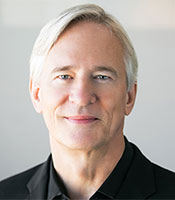 For the past 10 years he’s been the global CEO of a leading 5,000+ person digital marketing company, working with top brands such as IBM, American Express, Coca-Cola, IKEA, Unilever, and Nestlé. In this capacity he’s helped to start and develop the careers of thousands of individuals and observed the trajectories of people at all career stages. Over the past two decades Brian has also become a respected career mentor and thought leader. He has lectured on career strategy at institutions including Yale, Harvard, MIT Sloan School, Columbia, and McGill.

He is also the executive sponsor for Ogilvy’s Young Professional Network and is an advisor to several start-ups run by millennials. Brian has been a board member of Goodwill Industries for over 20 years and is a passionate supporter of its mission to help people gain independence through the power of work. Born and raised in Montréal, Canada, Brian now resides in New York with his wife, Chris. He plays hockey on Sunday nights, and plays guitar and harmonica in a rock band, aptly named Plan B.